This July the brightest stars in the sky, Venus and Jupiter will be very close and on July 7th will line up, in almost a vertical line with the red eye of Taurus the Bull, Aldebaran. Aldebaran is a red star and has the appearance of being the brightest member of the Hyades cluster. Throughout July, Venus and Jupiter will appear side by side and will appear to perform some fantastic displays and will also be joined by a crescent Moon with Earthshine.

Earthshine is said to be one of the most loveliest sights in the Heavens. Earthshine was first explained by Leonardo Da Vinci who realised that if the Sun sets on the Earth facing side of the Moon, then the Moon remains lit by the reflection of light from the Earth. Look out for a crescent Moon with Earthshine together with Venus and Jupiter this July. 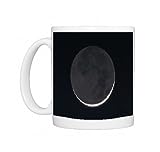