The History of Spaceflight

The History of Spaceflight

Exploring Our World & Others

The lure of the unknown has drawn mankind into uncharted oceans, untamed wilderness and now to the secrets of the Universe.

The history of spaceflight and exploration started with the invention of gunpowder over 10 centuries ago by Chinese inventors.

Rockets were used for celebrations and military purposes. Modern rocketry started early in the 1900s and by the 1950s.

Experimenters were beginning to develop larger and more powerful rocket designs. Finally, rockets were developed that were powerful enough to overcome the force of gravity and escape Earth’s atmosphere.

As often happens in science, the earliest practical work on rocket engines designed for spaceflight happened at the same time during the early 20th century in three countries. The scientists who found the right design were from Russia, America and Germany.

In the 1930s and 1940s, Nazi Germany saw the possibilities of using long-distance rockets as weapons. Late in World War 2, London was attacked by 200-mile-range V-2 missiles. These arched 60 miles high over the English Channel at more than 3,500 miles per hour. 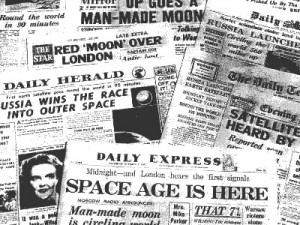 Headlines about Sputnik evoke a new race in space, but more than atmosphere flights

After World War 2, the United States and the Soviet Union created their own missile programs. On Oct. 4, 1957, the Soviets launched the first artificial satellite, Sputnik 1, into space.

With the orbit of Sputnik, the space age had begun. Four years later on Apr. 12, 1961, Russian Lt. Yuri Gagarin became the first human to orbit Earth in Vostok 1.

His flight lasted 108 minutes and Gagarin reached an altitude of 202 miles (327 km) above the Earth. The United States wasn’t the first to put a man in space, but they would become the first to land a man on the Moon.

During a Special Joint Session of Congress on May 25, 1961, President John F. Kennedy said,

“I believe this nation should commit itself to achieving the goal, before this decade is out, of landing a man on the Moon and returning him safely to Earth. No single space project in this period will be more impressive to mankind, or more important in the long-range exploration of space; and none will be so difficult or expensive to accomplish.” 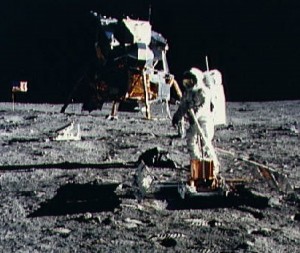 During the 1960s, unmanned spacecraft photographed and probed the Moon before astronauts ever landed. By the early 1970s, orbiting communications and navigation satellites were in everyday use.

The Mariner spacecraft was orbiting and mapping the surface of Mars. By the end of the decade, the Voyager spacecraft had sent back detailed images of Jupiter and Saturn, their rings and their moons.

Finally, on July 20, 1969, Astronaut Neil Armstrong took ‘a giant step for mankind’ as he stepped onto the moon. Six Apollo missions were made to explore the moon between 1969 and 1972. 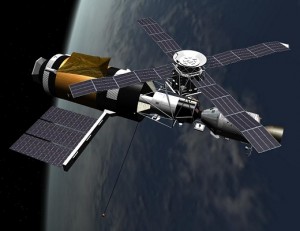 Skylab was America’s first space station. It was a human-spaceflight highlight of the 1970s, as was the Apollo Soyuz Test Project.

Soyuz was the world’s first internationally crewed (American and Russian) space mission. The Skylab mission tested new technology and studied the effects of weightlessness. Skylab was eventually abandoned and allowed to burn up in Earth’s atmosphere over the Pacific Ocean.

In the 1980s, satellite communications expanded to carry television programs. People were able to pick up the satellite signals on their home dish antennas as well.

Satellites discovered an ozone hole over Antarctica, pinpointed forest fires, and gave us photographs of the nuclear power-plant disaster at Chernobyl in 1986. Astronomical satellites found new stars and gave us a new view of the center of our galaxy. Political excitement for more space exploration began to fade. This made NASA reduce their missions and develop the Space Shuttle. In April 1981, the launch of the space shuttle Columbia introduced a time of dependence on the reusable shuttle for most  space missions.

The Shuttle has been successful in space medicine research, launching and retrieving satellites, and other technology.

Some Shuttle flights conducted experiments with the Russian space station MIR. However, in January 1986, the shuttle Challenger exploded after launch and killed its crew of seven. The Challenger tragedy led to a re-evaluation of America’s space program.

The new goal was to make certain a suitable launch system was ready when satellites were scheduled to fly.

Space systems will continue to become more valuable. These systems will be used to maintain homeland defense, weather surveillance, communication, navigation, imaging and remote sensing for chemicals, fires and other disasters.

So far, space travel and exploration has been limited to very few people. Only those associated with the various space agencies that can undergo the rigorous training required for becoming an astronaut.

However, there is a strong competition going on in the civilian market. Many companies are working to develop the next generation of launch systems.

Space tourism is space travel for recreation and business purposes. Several start-up companies have sprung up in recent years, such as Virgin Galactic and XCOR Aerospace. 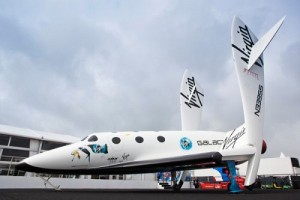 The published price for flights to the International Space Station aboard a Russian Soyuz spacecraft have been $20-40 million US dollars.

During the period between 2001 and 2009, 7 space tourists made 8 space flights. Some space tourists have signed contracts with third parties to conduct research activities while in orbit.

However, Russia stopped providing transport for space tourism in 2010 when the crew size of the International Space Station was increased. Orbital tourist flights are planned to resume sometime in 2015.

There have been several orbital ventures proposed by companies with no ties to any national Space Agency. 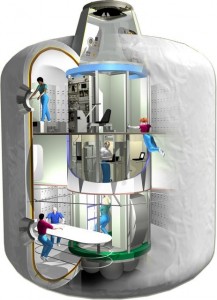 TransHab was to be a habitat module for a Mars mission. spaceksc.blogspot.com

A few plans have been proposed for using a space station as a hotel.

The last 60 years have seen humans stuck on the Earth’s surface to flying free, all the way to the Moon and back! Where might we be in the next 25-50 years? The future is before us and no doubt there will be more to write on the history of spaceflight as time goes on!