Mysteries Of The Moon – 2

It was only when we had the processing power of supercomputers in the 1990s that deep analysis could be carried out of the impact that formed the Moon.  The impact not only gave the Earth its 23 degree tilt but also imparted some rotation to the Earth.

The Moon in its early years was 15 times closer to the Earth as it is now and the effect of the Moons gravity on the Earth was so immense that it caused a bulge on the Earth. 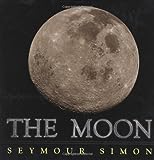