The Origin Of Light

Space imagery from NASA’s Conceptual Image Lab follow the life of a photon. The fusion process in the Sun which naturally occurs when two atoms are heated and compressed so that their nuclei merge into another element, lead to the creation of  photons, the particles of light that are released from the Sun.

Before exiting the Sun, each photon undergoes a 40,000 year journey during which it will be absorbed by other atoms and emitted repeatedly until reaching the sun’s surface. Once there, the photons stream out, illuminating Earth, the solar system and beyond. 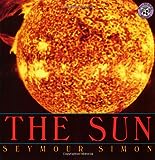 Tags: The Origin Of Light