The two spacecraft are on diametrically opposite sides of the sun, 180 degrees apart. One is ahead of Earth in its orbit, the other trailing behind. Launched in October 2006, as well as giving us a revolutionary view of the Sun, STEREO also traces the flow of energy and matter from the Sun to Earth. 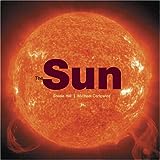